What Happens To Your Minor Children If You Die? 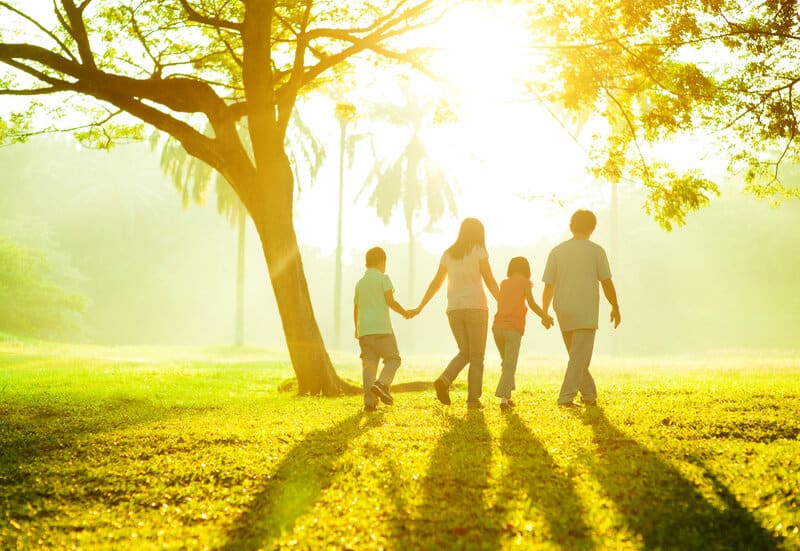 If you have minor children, you must have a will or an estate plan in place. Failure to do so means your children’s custody is at the mercy of the courts if the natural parents die while children are still minors. This is one of the reasons why we emphasize that wealth means nothing when it comes to creating a will or estate plan.

Proper planning before and after you have children ensures your custodial wishes are honored after your death, even if your choice is to have your children live with a guardian(s) outside of the immediate family network. When natural parents die, the courts look to the parents’ wills, estate plans, or any credible, written document stating who they want to care for their children. Without these documents, children become wards of the court.

What Happens to Minor Children When Parents Die?

Historically, Christian families established “godparents,” typically registered with the church during the child’s baptism, and this was considered good enough. If there weren’t any stated guardians, children were dispersed to willing family members, even if that meant moving far away to live with extended and barely-known aunts, uncles, or cousins.

Today, as with estates that have no will in place, the courts have a systematic way to establish custody and guardianship if children’s parents didn’t have a stated plan in place. The first step is making your child(ren) a “ward of the court,” which could entail foster care as things get sorted out.

The Other Natural Parent

If you die, but your spouse or the child(ren)’s other natural parent(s) are still living, custody automatically goes to the surviving parent(s). The exceptions to this will be if the living parent is incarcerated or if a prior child custody infraction has blocked them from visitation or permanent custody (as in the case of proven neglect, or severe alcohol/drug addiction, etc.).

A Named Personal Guardian For Your Minor Children

Ideally, you will have a personal guardian named in your will or estate plan. Or, perhaps you’ve emailed someone or handwritten and signed something stating who you choose to be your child(ren)’s guardian if you die. The courts typically honor anything that appears legitimately written by you if there isn’t another factor weighing against your written wishes.

The best plan is to have a legally filed document that names whomever you select as a personal guardian if something happens to you. You should also consider naming an alternate guardian in case the first person/parties named cannot take on the responsibility or something has happened to alter their status between the time you named them and when you pass away. This is along the same lines as choosing an alternate/backup trustee or administrator of your estate plan.

Other reasons to name a personal guardian

Death isn’t the only reason to legally file paperwork stating your preferred personal guardian. Any form of incapacitation results in children needing a legitimate guardian. Examples of those scenarios include:

If you are separated or divorced from the other natural parent, it’s important that the two of you agree on the primary and backup guardian. If selected guardians are different between the two of you, the courts will make the final decision and that interim period is very stressful for your child and other parties involved.

Tips For Choosing a Personal Guardian for Your Child

We understand that it’s difficult to choose who the best personal guardian is for your child. First, it’s assuming the worst-case scenario, and that isn’t easy for anyone. Secondly, you may worry about making people angry or hurting feelings. Ultimately, you must do what is in the best interest of your child.

We advise choosing someone who:

If possible, you should also ensure a portion of the assets you have are directed to the care of your child via the guardian. This can be done in multiple ways, including a trust that distributes “monthly payments” that serve as child support but eliminate the risk of the guardian overspending. You can also save a certain percentage of your assets to be used for college tuition, a future wedding, or to be held in trust until your child reaches a certain age.

Suppose the surviving parent is unable or unwilling to take full responsibility for the child, and there is no personal guardian named in a will or document. In that case, the judge makes a decision in the best interest of the child. This may include a grandparent, an adult sibling, or one of your (or the other parent’s) siblings. Without your input, the court has little idea which adult is best equipped – financially, stability-wise, or with regards to your values. In that case, the judge’s choice may not be your first choice.

If there are no surviving family members, or family members are unwilling or unfit to raise the child, close family friends may be considered by the judge. In that case, the friends must come forward and apply for the child’s guardianship. In most states, children who are 14 years old or older have a fair amount of input about who becomes their guardian.

It is exponentially better for your child and potential guardians if the legal paperwork is already drawn up. Doing so spares your child the potential drama that can unfold, on top of the trauma they are already fielding in such a tragic situation.

Would you like to learn more about how to protect your minor children in the case you are incapacitated or die before s/he turns 18? Contact Tseng Law Firm to schedule a consultation. Your child’s security is our first priority, and then we can move on to discuss the rest of your plans for the estate.

Need a Legal Consultation?Fill out the form to schedule an initial consultation.